mikewatthcp
April 2010 edited November -1 in Movie Discussion
If you're within driving distance of Pittsburgh, there are a number of cool events coming up this Spring. Here's the first:

On Friday, April 23rd, 2010, fps Films and the infamous Hollywood Theatre located in Dormont, PA, are presenting a Grindhouse Double Feature. The films will be presented with a Short Subject and a reel of vintage Horror Movie Trailers. Everything in the program will be projected on 35mm film! No digital projection on this program. It will be a full evening's entertainment for the incredible price of $6! Tickets will only be sold at the door on the night of the show.

The first film of the Grindhouse Double Feature is REVENGE OF THE DEAD (1983). The title is misleading since it's not a traditional Zombie movieâ€”it's actually a retitle of Pupi Avati's ZEDER. Instead of shuffling brain dead flesh eaters, this film takes a science fiction approach to the resurrection of the dead and it's horrific consequences. To quote the Italian Film Review overview on Facebook:

"In short, Zeder is a little bit Pet Sematary with some Argento-style pseudo-science and a conspiracy that rivals that of Short Night Of Glass Dolls."

The second feature is near-legendary: Dario Argento's masterpiece, DEEP RED (1975). The print we're playing has the screen-title THE HATCHET MURDERS but it is the one and only DEEP RED. Not much else to be said about DEEP RED, but if you're one of those people who haven't heard of it or seen it (for shame!), it's a taut, stylish murder mystery starring David Hemmings (BLOW UP, BARBARELLA, GLADIATOR) and Daria Nicolodi (SUSPIRIA, OPERA) that will absolutely keep you guessing until the very end!

These films are regarded by Italian Giallo (murder mystery) aficionados as two of the finest examples of the genre (and a secret Gabrielle Lavia Double Feature!!!).

It all starts at 10:00pm at The Hollywood Theater in Dormont, PA (On Potomac Avenue, just south of Pittsburgh; a few miles from the Liberty Tubes on Rt. 19). Vomit Bags will be provided for anyone who can't take the HORROR (or if you need to put your popcorn in something)! The Hollywood Theater is a BYOB theater, so feel free to bring the beverage of your choice.

Come one, come all! It's an experience you won't want to miss! 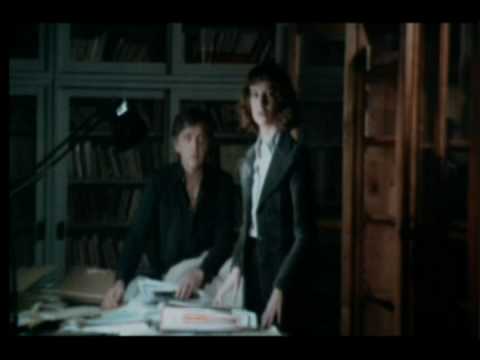