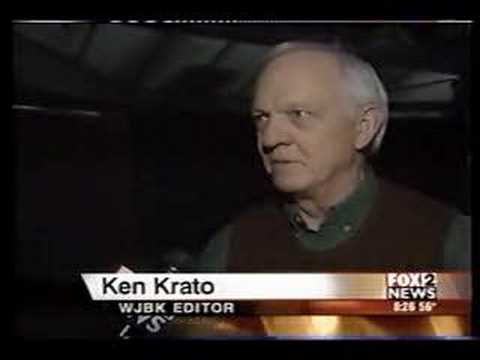 Sir Graves Ghastly was a horror host character created by Lawson J. Deming for the beloved television show of the same name. Sir Graves Ghastly (originally billed as Sir Graves’ Big Show) ran on WJBK TV2 in Detroit from 1967-1982. That’s a whole 15 seasons. But, the growing popularity of televised sports in the early 1980s, like college football, caused Sir Graves to go into hiatus after airing one show in November 1982. If that wasn’t bad enough, a management change during this time then led to the program being officially canceled in 1983. But even after the show ended, Deming continued to do speaking engagements and personal appearances well into the 1990s.

The Sir Graves character was a vampire whose personality, appearance and over-exaggerated laugh (“Mwah-ha-ha-ha-haaaaaaaaah!”) were all intended to spoof the cliche vampires from movies of the time. Other characters on the show included Sir Graves’ sidekick Baruba, a ghost known only as The Glob and a cemetery caretaker known as Reel McCoy, who usually opened each episode by unearthing a movie reel from what appeared to be a grave. The show involved back-to-back horror films, interspersed with brief sketch comedy pieces featuring the show’s popular characters.

To this day, Sir Graves Ghastly is one of the best known horror hosts.
Sign In or Register to comment.
Powered by Vanilla