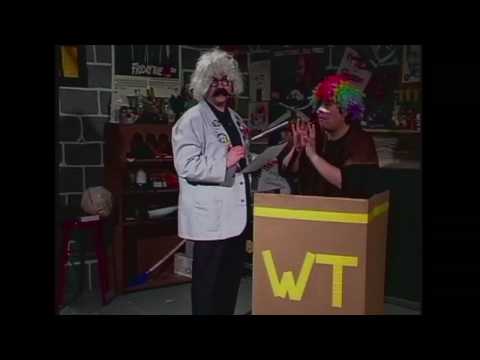 Horror hosts are a distinct type of television presenter whose job was to present low-grade films to television audiences. Vampira is widely accepted as the first Horror Host. The Vampira Show featured mostly B quality suspense films, since few horror films had yet been released for TV. In spite of its short 1954-1955 run, The Vampira Show set the standard format for other horror host shows to follow.

Then in October 1957, Screen Gems released a bunch of old Universal horror movies to syndicated television, naming the collection “Shock!”. They used horror hosts for the broadcasts and viewers loved the package, which made the ratings soar. Thanks to this a “Son of Shock!” package was released in 1958.

The hosts came from where you’d least expect it – they were usually plucked from the ranks of the studio staff. In the days of live television, it was not uncommon for the weather man to finish his weather report and race madly to another part of the soundstage for a quick costume change to present the evening’s monster tale.

While some of the early hosts like Vampira and Zacherley became the stars of this nationwide movement, most horror hosts were locals. The impact these hosts had on their young fans cannot be underrated. Earlier hosts are still remembered with great affection even today.
Sign In or Register to comment.
Powered by Vanilla