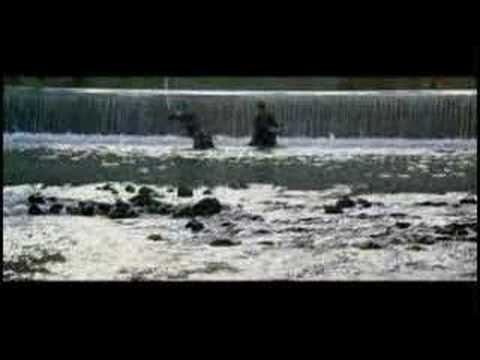 Possibly one of the only genres of exploitation films whose name is actually onomatopoeia, ‘chambara’ is the sound Samurai swords make when they clash. At least, according to whoever it was who started calling it that. I guess it sounds nicer than what I’d call it… “crrrrrishbrrrash!” Guess what kind of movies are in the ‘Chambara films’ category? Samurai movies from Japan, but also, cheaply made Samurai movies from all over the world, –typically, Europe and Hollywood, trying to cash in on the trend.

The films were being produced and released for quite some time, but they didn’t actually start becoming popular until the 70′s, when they began making real money. Hollywood cashed in on the trend, which actually began influencing Westerns, –typically, the Clint Eastwood variety. Below we’ve listed early Chambara, 70′s, and late/modern Chambara. I suggest starting, where else, at the beginning, if you’ve found yourself nursing a nasty Chambara habit.

The 47 Ronin – Ronin is the collective noun for ‘samurais’, and it sounds a little more exotic, and a little less cheesy. But in 1941, when The 47 Ronin was released, not too many people knew what the Samurai were, –at least, not in the United States, where friction with the Japanese was less than inviting for the new genre. It wasn’t released in the US until the late 60s, early 70s.

Zatoichi Meets Yojimbo – Zatoichi was probably one of the most prolific chambara characters, he was a blind masseuse and a master of the word, played by Kan Shimozawa, –and he appeared in numerous chambara films. Yojimbo, meaning ‘bodyguard’, and refers to the Yojimbo character who actually looks nothing like this actor.

The Last Samurai – Oh yes, this movie counts; made in 2003, The Last Samurai featured Tom Cruise as a badass, sword wielding madman, learning the intricacy, and beauty of the Japanese culture while slowly ‘going native’. Despite the gimmicks and effects, it managed to be a pretty decent movie.
Sign In or Register to comment.
Powered by Vanilla