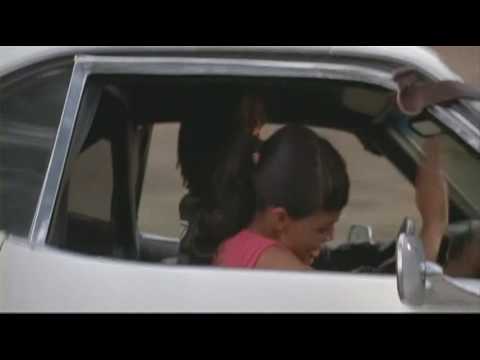 Carsploitation is a Grindhouse subgenre which features automobiles as the main showcase. In these exploitation films you’ve got scenes of car racing and crashing, usually with sports and muscle cars that were popular during the time. Here’s a look at some of the best known carsploitation films:

Vanishing Point (1971): About Kowalski, a man that works for a car delivery service. He takes the job of delivering a 1970 Dodge Challenger from Colorado to San Fransisco, California. Shortly after pickup, he takes a bet to get the car there in less than 15 hours. After a few run-ins with the cops they start a chase to bring him into custody. Along the way, Kowalski is guided by Supersoul – a blind DJ with a police radio scanner. Add in chase scenes, gay hitchhikers, a naked chick riding a motorbike, lots of Mopar and classic carsploitation flick.

Death Proof (2007): This film was Quentin Tarantino’s modern homage to the genre, as well as to slasher films. The movie follows a scarred stuntman who uses his “death proof” cars for his murderous plots.

Death Race 2000 (1975): A very violent and imaginative film where “Hit And Run Driving Is No Longer A Felony. It’s The National Sport!” It follows a champion of the brutal cross-country car race of the future where pedestrians are run down for points. He ends up having a change of heart and joins in on a conspiracy seeking to stop the race.
Sign In or Register to comment.
Powered by Vanilla